Satan or Saint BY VINAY SOUMYA 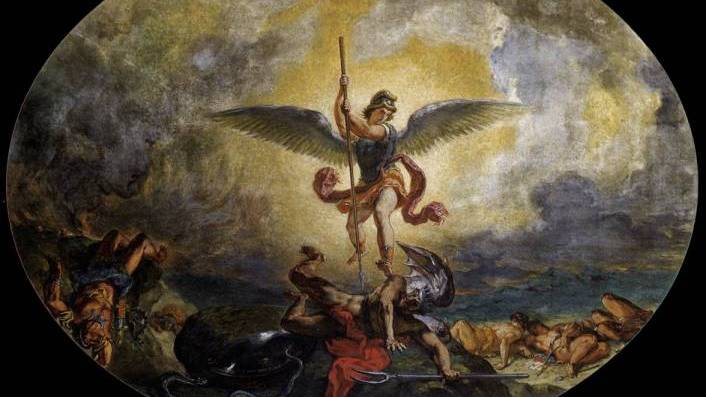 We often come across the word, ‘Illuminati’ these days which is most often suggestive of some sort of ‘conspiracy’. It is rumored that many famous pop singers, actors, business authorities, innovators and highly influential people are its members. It is also presumed that this coterie of powerful people control every sphere of human life. It is hearsay that they control the news, media, especially the television and infiltrate into any setup big or small. People have diverse views on the modern day Illuminati; some call it ‘real’ whereas other may brand it as ‘fake’.

Let us know the truth. In the year 1776, a Bavarian Law Professor, Adam Weshaupt, founded the “Illuminati”, a group of enlightened young men who desired the emancipation of the human race. Weshaupt probably was aggrieved by the power of conservative Catholic Church, organized religion, and Bavarian monarchy. Weshaupt’s goal was to promote rationalism, and doctrines of equality and freedom.

The Illuminati had three levels of enlightenment: novices, minervals, and illuminated minervals. Their original symbol was the owl of Minerva, the Roman Godess of Wisdom.

I do not find any element of “evil” in Weshaupt’s “Illuminati”, but it was his misfortune that he was grossly misunderstood by the ruling authorities of that era. The Duke of Bavaria banned the Illuminati in 1785, and its membership was made punishable by death. The group was disbanded. Weshaupt, an icon of independent, progressive thinkers of the Era was banished from Bavaria. Weshaupt thankfully received the help of Duke Ernest II of Saxe Gotha Attenburg and lived in Gotha till his death in November 1830. Weshaupt didn’t cease to write but penned down his huge work. No one could banish from his mind the immense and intense substance he had.

Thomas Jefferman, an American Statesman, diplomat, lawyer, architect, philosopher and the 3rd President of the United States considered Weshaupt as an “enthusiastic Philanthropist” who believed in the infinite perfectibility of man.” No doubt, if Weshaupt was rightly understood, the mankind would have known to govern itself and the world would have been a SANER PLACE TO LIVE IN.