The new year began with the most horrific news. On January 24, 2021, two young educated girls were found brutally murdered. The murderers were none other but their parents.

The girls’ father, V. Purshottam Naidu, a Ph. D in Chemistry, is a Professor in a College, and Padmaja, the girls’ mother, a Gold Medalist in M.sc (Maths.),is also in teaching profession. Of course, they are wealthy, privileged people.
Their daughters were well educated and were seemingly modern girls. Alekya the elder daughter, 27 years old, and Sai Divya 22 years old were bludgeoned by dumbbell, and stabbed with a trident. Their heads were tonsured, and bodies were wrapped in red saris. A brass puja vessel was stuffed into the mouth of one of the deceased.The police was called by the neighbors after hearing lot of noise from the Naidus home. The mother reportedly resisted the police entry at the scene of the crime, and said the dead daughters would be resurrected at the break of dawn the next day. Bizarre! Do you expect such nonsense from the mouth of an intelligent, educated person. Now here is a catch! The
accused couple wasn’t in their senses; they were, quite evidently, in a trance, might be induced by hypnosis through a medium. It was reported that a Tantrik and a Swami too visited the Naidu family often before the macabre incident. .

Hadn’t the police intervened, the couple would have killed themselves, leaving behind no witness. Now, it is for the police to find out the culprit and the motive behind the crime.
This deadly incident prove how flawed and a frail human mind can be under the spell of hypnosis! The Naidus were tricked into believing that the dead daughters could come back to life again in a purer form. How gullible they were to believe that their daughters would come back to life the next day in SATYAYUG!.
With due apology, I may call Satyayug a mere fallacy. World history is a testimony to the fact that the world has witnessed many wars, man made and natural disasters, end number of deceit, and debauchery.
Thankfully the Naidu couple is undergoing treatment in a mental hospital and regaining normalcy. 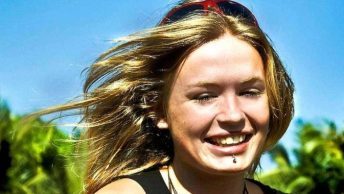